PACKAGE ANNOUNCED FOR IMPROVING THE FINANCIAL, ACADEMIC AND INFRASTRUCTURAL HEALTH OF UNIVERSITIES IN INDIA 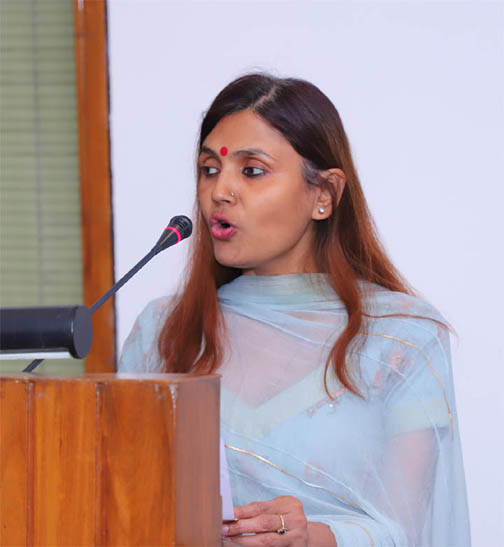 The Central Agency to Mitigate and Prevent University Sickness (CAMPUS) while announcing the package for different types of universities in the country offered many types of incentives including take over, merger and collaborative support by way of providing admissions, placement, marketing, financial, academic and image building for the universities under the Central / State Governments as well as Deemed and State Private Sector Universities besides the Institute of National Importance presently numbering more than 925.

She further added that the recent survey has revealed that out of the 900+ universities in our country including the Central, State, Deemed and Private Universities besides the Institutions of national importance located in different States, more than 100 universities have become sick or indisposed either because of financial constraints or because of the lack of students, educational delivery system, facilities and infrastructure including problems and limitations relating to obsolete curriculum and untrained faculty members.

She was of the view that in order to achieve the milestone for making many world class universities in our country, it is essential that we start greening the ivory towers and design the improved curriculum for need based vocational and employment centric courses to ensure that the students coming out successful out of these universities become job givers, rather than job seekers and that they solve all problems related to peacelessness, poverty, insurgency, unemployment, pollution and population explosion.

Stressing the need for priority to be given to the education sector, she elaborated that education is the largest single activity in the world, involving over 2000 million students and 100 million teachers at all levels, not counting millions of others in educational support activities. But its importance stems not merely from its size but also from its role as institutionalized knowledge - the principal repository, producer, disseminator and transmission belt of all forms of knowledge.

She recalled that the most significant feature of education for mother earth protection in the 21st century is not so much what the French call li explosion scolaire (i pupil explosioni), but the knowledge explosion, which has expanded the catchment areas of learning so fast that it takes only a decade now for the state of the art in any field to become obsolete.

She felt that as many students leave or graduate from the college unprepared to meet the demands of the society, this problem has a ripple effect throughout the society. Students who are not prepared to become responsible, productive citizens become a burden to the society. These students, products of an education system that does not focus on quality, increase social welfare costs. They impact the criminal justice system, they are not prepared to meet the needs of the next generations, and, most importantly, they are citizens who feel alienated from society. Education must undergo a paradigm shift. Old norms and beliefs must be challenged. Educators must help students develop the skills they need to compete in a global economy. The universities will never become sick if these aspects are kept in mind.

She invited all such universities to contact the Central Agency to Mitigate and Prevent University Sickness (CAMPUS) as it has developed technologies for preventing all types of sickness of universities for the benefit of all university level institutions.

She finally opined that the package envisaged by the Central Agency to Mitigate and Prevent University Sickness (CAMPUS) includes all types of assistance, advice and guidance including collaboration and support by way of enerzising the universities after diagnosing the weaknesses and limitations through takeover and/or merger besides providing admissions, placement, image building and marketing support.

She also highlighted that the Central Agency to Mitigate and Prevent University Sickness (CAMPUS) under the support of the resource persons at CIU has developed more than ten lakhs (one million) pages of Instructional Materials and Curriculum for the benefit of the Central, State, Deemed, Private and other types of Universities and the Institutes of National Importance.

She hoped that the Universities desiring any support must contact immediately in the current academic and financial year preferably before 31 July 2018 through email : [email protected]