Indira Gandhi Technological and Medical Sciences University (IGTAMSU), Arunachal Pradesh Team Members led by the Founder Chancellor Dr. Priya Ranjan Trivedi, present Chancellor Dr. Markandey Rai, Pro Chancellor Dr. Utkarsh Sharma and Forensic Auditor Mr. Vineet Chaturvedi met the Minister of Education and Libraries, Government of Arunachal Pradesh Mr. Honchun Ngandam for apprising him regarding the progress made by the University during the past six years since its inception in May 2012 at Ziro. 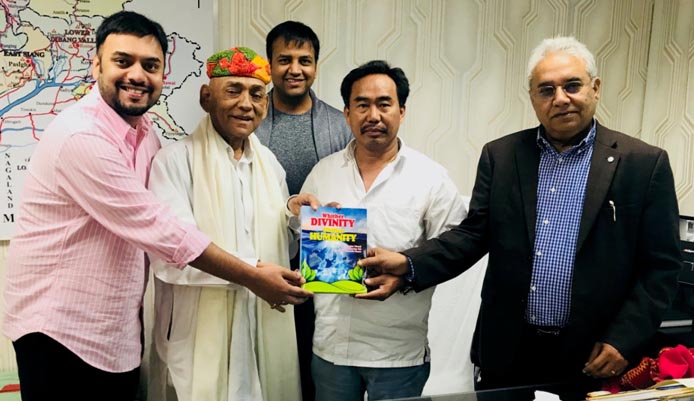 The Hon'ble Minister encouraged the Team to work hard with a view to bringing this University on the world map by maintaining quality in teaching as well as in research. He appreciated the efforts of the University for providing nursing and paramedical education in the State of Arunachal Pradesh.

The Team Members from IGTAMSU also called on the Secretary, Education Dr. Madhu Rani Teotia, IAS and presented the publications brought out by the University in association with the Confederation of Indian Universities. While discussing with the Team Members of IGTAMSU, she stressed the need for employment centric education for the students from Arunachal Pradesh. 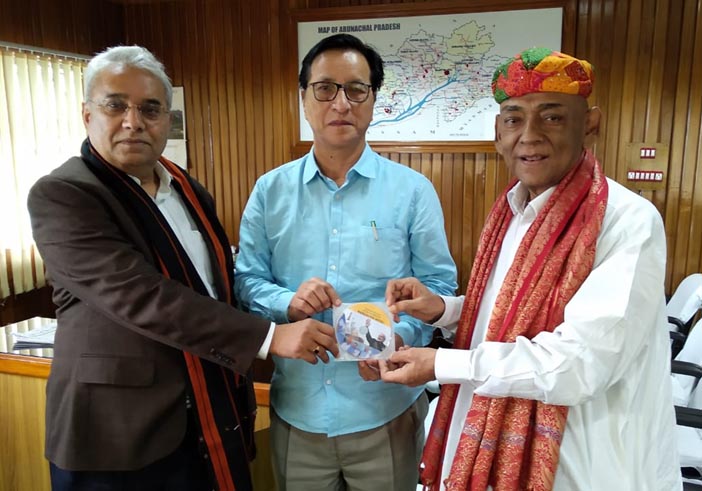 The CD titled "Foreign Policies of Narendra Modi Government" being presented to the Director of Higher and Technical Education
Government of Arunachal Pradesh Dr. Tayek Talom by the
Founder Chancellor Dr. P R Trivedi and the present Chancellor
Mr. Markandey Rai at Itanagar

Dr. Tayek Talom advised the officials of IGTAMSU to adhere to the guidelines given by the UGC and the Government of Arunachal Pradesh. He also assured of all possible guidance and suggestions from time to time besides assisting the University for developing the facilities and the infrastructure.